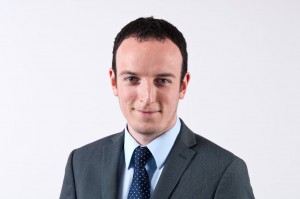 Diarmaid Kelly is from Belfast and graduated with and LLB (Hons) in law from the University of Ulster in 2002. He attended the School of Law in Chester and completed his LPC training contract with distinction England & Wales including a period in a high calibre criminal defence firm where he gained experience in complex fraud cases. He qualified as a solicitor in Northern Ireland in 2010 shortly after joining the Harte Coyle Collins Criminal Law Department.

Diarmaid has primary responsibility for the defence of clients in Crown Court and Court of Appeal cases to the Northern Ireland Court of Criminal Appeal within the Criminal Law Department. He has extensive experience running jury and judge only trials in Crown Court level. Diarmaid has specific expertise in all Crown Court preparation matters including in particular applications by the defence for disclosure of materials relevent to the defence but held by the Public Prosecution Service, applications for Press Reporting Restrictions on jury trials, applications for access to prosecution materials held by the Forensic Sicence Agency Northern Ireland, applications to the Court for Orders compelling third parties (such as media outlets) to provide information to the defence, sourcing and briefing defence experts in preparation for trial. Defence of Crown Court cases involving serious offences requires dogged determination demonstrated by Diarmaid’s track record and results.

Diarmaid has also now built on his previous experience in complex fraud cases and white collar crime and has had primary responsiblity for the defenceof a client facing a high profile proescution by the Serious Fraud Office in Northern Ireland from 2004 to 2011. Diarmaid also deals with a wide variety arrests under the Police and Criminal Evidence Order and the Terrrorism Act and Magistrates Court cases.

In the past 3 years Diarmaid has built up a formidable reputation dealing with appeals against conviction and sentence before the Northern Ireland Court of Criminal Apeal.

Diarmaid is a keen sportsman and has played gaelic football at all Club levels in Belfast.