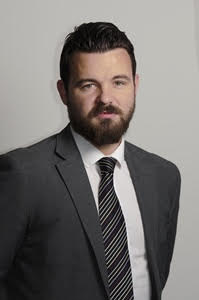 Chris McCann is from Belfast and graduated with an LLB (Hons) in law from the University of Ulster in 2005 and joined the Criminal Law Department of Harte Coyle Collins Solicitors in January 2006.

From 2007 to 2009 he built on this experience in the firm’s criminal and prison law departments while working for an established criminal defence firm in Dublin dealing with criminal cases in both the District and Circuit Courts in Dublin and other parts of the Irish Republic.

Chris returned to the Harte Coyle Collins Criminal Law Department in September 2009 as a trainee solicitor and completed his training contract with the firm and at the Institute of Professional Legal Studies at Queen’s University from September 2009.  He qualified as a solicitor in September 2011.  Chris is part to the criminal law team in the firm which gained specific recognition as one of the top 40 Law Firms in Northern Ireland in 2022 (Belfast Telegraph/Statista Survey).

Chris has extensive expertise and experience in the following areas of law across Northern Ireland;

Chris is an expert in Parole Commission hearings and prisoners’ rights diligently assisting clients sentenced for life with applications for parole to the Commission, including preparing written and oral submissions,  advocacy before the Parole Commission (involving the cross examination of expert and professional witnesses) and the briefing of experts if required for the hearing.

Chris is a peer elected Committee Member of the Belfast Solicitor Association (2022).  He is also a part-time lecturer at the Queens University of Belfast Institute of Professional Legal Studies where is tutors in criminal law with specific expertise in arrests under the Police & Criminal Evidence Order (NI) 1989.

Chris is a keen sportsman having played Gaelic football at all Club and County levels and is the Player/Manager of the Belfast Solicitors’ Gaelic Football Team.