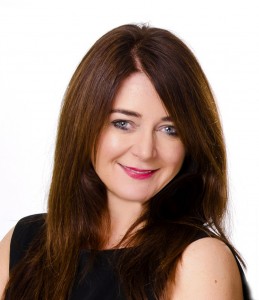 Patricia Coyle is from Derry and graduated with an LLB (Hons) in law from Queen’s University Belfast in 1990. She attended the Institute of Professional Legal Studies at Queen’s in 1992 and qualified as a solicitor in Northern Ireland in 1994. She was awarded a Robert Schumann Scholarship by the European Commission in 1992, is a certified Solicitor Advocate (National Institute of Trial Advocacy, (QUB 2007), holds a Certificate in Forensic Investigation (QUB,2010). She is a current member of the Criminal Law Committee of the Law Society for Northern Ireland, a member of the Solicitors’ Criminal Bar Association for Northern Ireland and lectures in criminal law at the Institute of Professional Legal Studies at Queens University, Belfast.

Patricia heads up the Criminal Defence and Legacy Litigation & Inquests Departments of the firm.  The firm was recognised for its excellence in criminal defence in 2022 as one of the top 40 Law Firms in Northern Ireland (Belfast Telegraph/Statista Survey).

In the Criminal Defence Department Patricia works with experienced criminal defence lawyers Diarmaid Kelly and Chris McCann to provide expert advice to clients in custody when arrested or prosecuted. She has extensive experience in;

Patricia has experience as a criminal defence lawyer at all court levels having dealt with a number of high profile criminal cases in Northern Ireland including the cases of;

Patricia also heads up the firm’s Legacy Department.  She has particular interest and expertise in historical Inquiries arising from her role in representing the families of those killed and wounded on Bloody Sunday, 30th January 1972. As a trainee and then a qualified solicitor from 1992 to 1998 she assisted the families, the wounded and the campaign in unearthing new evidence undermining the lawfulness and credibility of the original 1972 Widgery Inquiry. The new evidence assisted in the establishment of the Saville Inquiry in January 1998. After the inception of Harte Coyle Collins in 2003 she continued to represent the interests of clients who were witnesses to the events of Bloody Sunday before the Saville Inquiry, the Rosemary Nelson Inquiry and the Billy Wright Inquiry.

She continues to act for the families of those killed by the state and paramilitaries seeking information and justice.  This assistance involves applications for fresh Inquests to the Attorney General for Northern Ireland. Requests currently being pursued on behalf of the next of kin of victims killed by the state and/or paramilitaries include applications on behalf of the families of Annette McGavigan (Derry, 1971), Thomas Burns (Belfast, 1972), Rosaleen O’Kane (Belfast, 1976), William Smyth (Belfast, 1978), Patrick Duffy (Derry, 1978) and Gary Moore (Belfast, 2000).

Patricia assisted the family of Patrick Duffy, shot in Derry by the British army in a shoot to kill incident in November 1978 in achieving a fresh inquest in 2018.  She also acted for the widow and sister of Daniel Carson shot by a loyalist gunman in Dayton Street, Belfast on the 1st November 1973 in the recent legacy inquest which ran from 2018 to 2019 and resulted in a referral by the Coroner for consideration of prosecution to the Director of the Public Prosecution Service.  The Coroner also found that the police investigation into the murder of Daniel Carson in 1973 was inadequate.  Patricia currently acts for the family of Master Patrick Crawford before a legacy inquest due to be listed for 2021.  Patrick Crawford was a 15 year old boy who was shot dead while walking through the grounds of the Royal Victoria Hospital on the 10th August 1975.

In 2020 Patricia successfully sought compensation for victims of the alleged activity of the Military Reaction Force (MRF) units which operated covertly in Belfast in the early 1970s.  The next of kin of the victims, Gerry and John Conway, received compensation for the shooting by the undercover army unit which took place on the 15th April 1972 on the Ballymurphy Road, Belfast.  Irrefutable new evidence had been unearthed which confirmed that the undercover army unit  was responsible for the shooting.