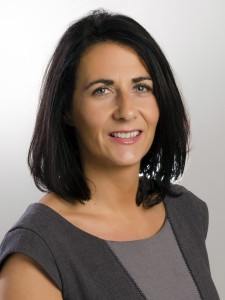 Partner, Member of the Association of Personal Injury Lawyers

Nichola Harte is from Belfast and graduated with an LLB (Hons) in law from Queen’s University Belfast in 1989. She attended the Institute of Professional Legal Studies at Queen’s University and qualified as a solicitor in Northern Ireland in 1991.

She is a member of the Personal Injury Lawyers Association and the Belfast Solicitors Association. She is the Partner in charge of the Harte Coyle Collins Litigation and Judicial Review Departments.

Nichola is a skilled personal injury lawyer who has wide ranging experience in pursuing personal injury claims for clients who have been injured or suffered other losses at the fault of another party. These claims include actions against employers, companies, the police and prison service. She is an expert in road traffic accidents and provides immediate, specialist and efficient advice for claimants. The firm operates a 24 Hour RTA helpline.

Nichola also has extensive experience in administrative law, judicially reviewing decisions made by Government and other state subsidized bodies. She has pursued these judicial review challenges in the High Court , the Court of Appeal in Northern Ireland, the House of Lords/Supreme Court in London and the European Court of Human Rights in Strasbourg.

Nichola in addition has expertise in medical negligence claims having had responsibility for a number of high profile cases and settlements, providing invaluable advice on the merits and procedures involved in such cases including the issues surrounding diagnosis and treatment by doctors and other heatlhcare professionals.

She has widespread criminal defence experience, advising clients who have been arrested under PACE and the Terrorism legislation and representing clients during high profile criminal trials, public inquires and contentious inquests.

Nichola is expert in representing clients before inquests and public inquiries in Northern Ireland.  She represented the next of kin of those killed on Bloody Sunday in Derry in January 1972 before the Saville inquiry from 2000 to 2003.  More recently she represented the next of kin of Mr Finbar McGrillen in the inquest into his death before the Coroner’s Court in Belfast in September 2022.  In that inquest the Coroner concluded on the 26th September 2022, agreeing with the submission by the legal team headed up by Nichola, that police failings in releasing Sean Hegarty from custody had contributed to the double murders of Mr McGrillen and Ms Smyth.