You are here:
BrexitLatest News 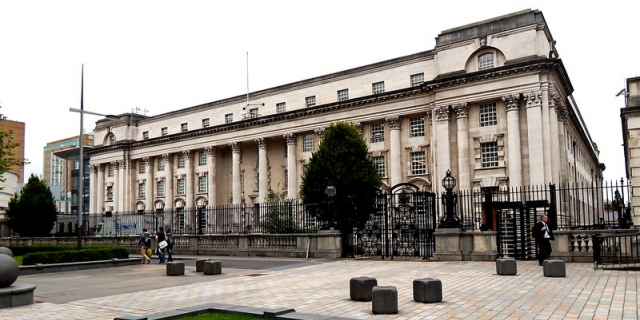 Boris Johnson allegedly signed the Brexit Withdrawal Agreement on a “fraudulent” basis, the Court of Appeal heard on Monday.

Senior judges were told the Prime Minister acted in bad faith because he never intended to keep to the terms of the UK’s departure from the European Union.

The claims were made as a border citizen in Northern Ireland mounted a fresh legal challenge to the treaty agreed by Mr Johnson in January 2020.

Granted anonymity and referred to as JR83, the woman’s original case was dismissed last November.

The High Court ruled that the Prime Minister’s thinking was not a matter for judicial scrutiny.

Lawyers for JR83 are appealing that decision, maintaining that he never planned to stick to the terms of the EU (Withdrawal Agreement) Act passed by Parliament.

Barry Macdonald QC contended: “The effect of it being fraudulent was that Parliament authorised a departure from the EU on a certain basis, in circumstances where the Government intended to operate on a completely different basis.

He claimed there was evidence to back submissions that the Prime Minister acted in bad faith.

“If he’s not called out on matters of this kind he will continue to believe that he can act in this way with impunity,” the barrister argued.

“That may be acceptable in the political world, but it cannot be permissible in law.”

Mr Macdonald added: “These are not the sort of submissions I thought I would ever be making in court.”

The legal challenge was resisted on the basis that issues of foreign policy and Mr Johnson’s actions in signing the agreement should not be subjected to judicial scrutiny.

Tony McGleenan QC, for the Government, insisted there was nothing to back the serious allegation being made.

“My learned friend has gone beyond the pleadings and has contended that the Prime Minister acted fraudulently when he signed the Withdrawal Agreement,” he pointed out.

“There is nothing there to suggest the Prime Minister acted fraudulently in this context.”

With the deal signed 15 months ago, Mr McGleenan also maintained the challenge was now both academic and out of time.

Reserving judgment in the appeal, Lord Chief Justice Sir Declan Morgan pledged to give a decision as soon as possible.