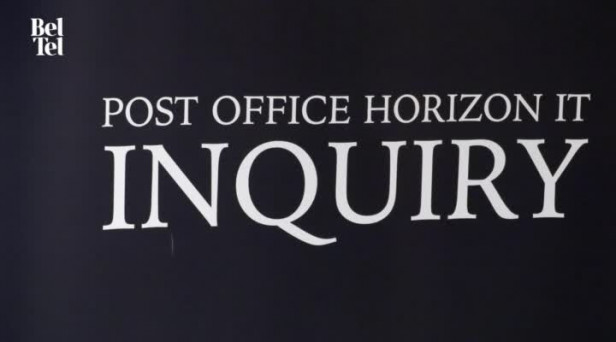 A former Post Office worker has told how she feared for her life after being accused of stealing money for paramilitaries.

Deirdre Connolly shared her story yesterday as the Post Office Horizon IT Inquiry, chaired by Sir Wyn Williams, held a hearing in Belfast.

In what has been described as the most widespread miscarriage of justice in British legal history, more than 700 people were wrongly prosecuted between 2000 and 2014 after the Horizon IT system incorrectly reported that money had vanished.

The human impact was devastating, with many people financially destroyed, their physical and mental health left in shreds.

Others lost the trust of their families and communities. In some cases, people even lost their lives because of the extreme stress they faced.

Each spoke of how false accusations turned their existence upside down overnight.

In June 2010, a Post Office auditor arrived at the shop to tell her she was facing a discrepancy of around £17,000.

During an interview with a fraud investigator, she was asked if she had taken the money for paramilitaries.

Mrs Connolly said the question made her fear for the safety of her family.

Shaken by the allegations, she and her husband re-mortgaged their house, but they were declared bankrupt in 2013 after their debts built up.

The stress caused her to develop epilepsy, and she felt unable to leave home for three years because of the stigma attached to the false allegations.

“My husband had to go through it all on his own in Killeter, people talking behind our backs. He was my rock. He’s got high blood pressure now [and] my mental health will never be the same again,” she said.

Mrs Connolly called on the Post Office to hold its hands up and apologise.

“I want those people in authority who gave the order to treat all sub-postmasters like criminals to be punished,” she said.

“In my case, Post Office investigators threatened my life and the lives and security of my family [by] suggesting that I took the money for paramilitaries.”

Heather Earley, from Newtownabbey, ran a shop with a Post Office in Mossley.

A shortfall of £10,000 emerged when a customer came in for a regular cash withdrawal in December 2013.

The customer was later prosecuted for fraud, but Mrs Earley still had to pay back around £50,000 in discrepancies that appeared in her system.

She said she was forced to max out credit cards and turn to members of her family to secure loans.

“I wasn’t even telling my husband half the things that were going on,” she added.

“I just felt that I was strong enough at the time to deal with it, but I wasn’t.”

She was initially terrified of telling her story in public but now wants others in per position to come forward.

“Where did my money go? Somebody must be sitting on a pot of gold somewhere.”

Sinead Rainey, from Moneyglass in Co Antrim, told the inquiry how Post Office auditors informed her she had just one hour to raise £63,000.

Having taken over a Spar she worked in as a child, she was not a postmaster but would handle minor transactions such as cash deposits and withdrawals.

This made her liable when thousands of pounds apparently started to go missing.

“I just wanted the ground to open up and swallow me whole. It’s a complete blur how I stayed on my feet. I don’t know how I did, to be honest,” she said.

In a state of shock, she walked outside the shop to ring her mother, telling her: “I’m going to be arrested today. I can’t really speak to you but look after my [children].”

She was then told by an auditor she had an hour to get as much money into the safe as possible, with the sum to be deducted from the outstanding total.

“I got into the car and drove home. I lifted a bucket and emptied my [kids’] money into [it]. I emptied my purse and any money I had — 5ps, everything — into this bucket,” she said.

Her parents and uncles soon arrived, having emptied their bank accounts to help her.

She managed to raise £42,000 but felt humiliated as she counted pennies out of a bucket in front of auditors.

After investigating the matter, the PSNI said she would not face prosecution, but officers also advised her to follow similar cases faced by Post Office workers in England.

She said her reputation was left in the “gutter” overnight, adding: “There’s only so many times that you can tell people that you don’t know before they start thinking, ‘She knows something’. I didn’t know anything.”

The inquiry continues in Belfast today.

Statement by Law Society for NI on the Troubles Bill & Defence of Lawyers dealing with Legacy Cases
June 30, 2022

Young Men were Subjected to Coercion and Oppression before “confessing” – Police Ombudsman Report on Derry 4 Miscarriage of Justice Case
June 13, 2022

Legacy Challengers apply to Petition the Supreme Court in London on Government Proposals
May 9, 2022