Court of Appeal to Hear Challenge to Legacy Proposals 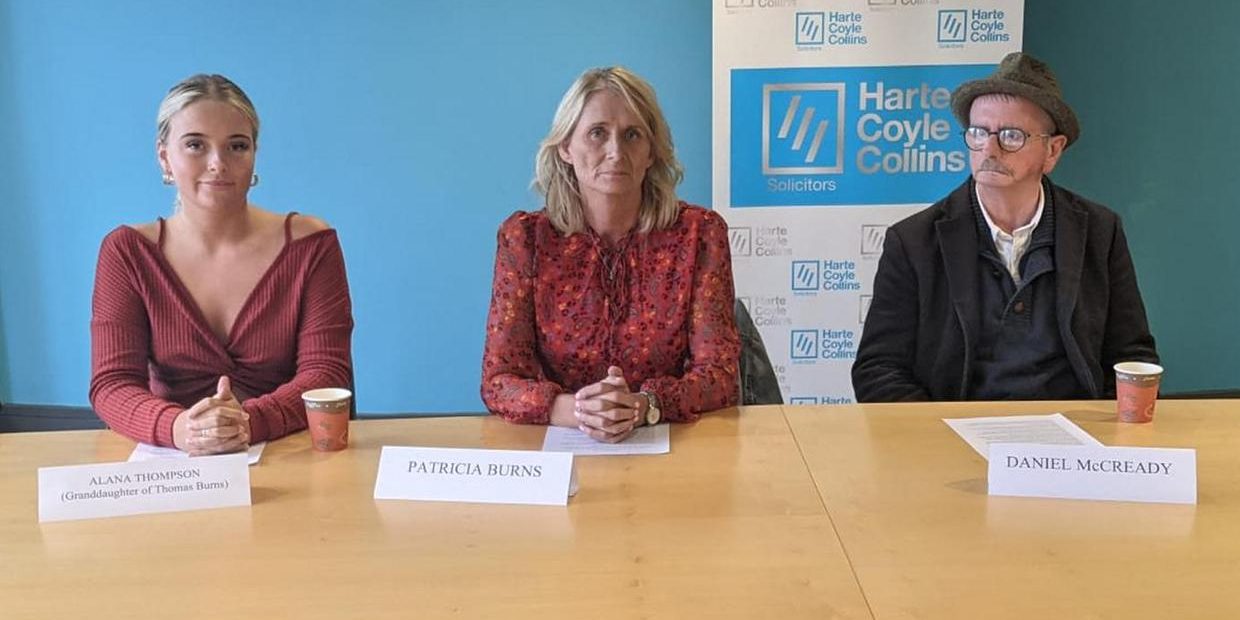 The Court of Appeal in Northern Ireland has fixed dates to hear the legal challenge to the Secretary of State’s proposals to deal with legacy cases. The Court of Appeal has confirmed to lawyers acting for Ms. Burns and Mr McCready that it will list and hear the appeal,

Patricia Burns and Daniel McCready, relatives of two victims of the Troubles, previously applied to the High Court in Belfast for a judicial review of the proposals published by the Secretary of State in July 2021. Those proposals indicate that the Government at Westminster seeks to close all current avenues of legacy investigations, civil claims, inquests, and criminal prosecutions.

The judicial review application by Ms. Burns and Mr McCready was dismissed by the High Court in Belfast in November 2021 on the basis that the challenge was premature pending the publication of the legislation. The Bill, which was due to be introduced as draft legislation in December 2021, was postponed by the government until 2022 with no future date yet published for the introduction.

Both Ms. Burns and Mr McCready will ask the appeal court, after determination of the issue of leave to appeal, to take the unusual step of providing an advisory judgement on the constitutionality and lawfulness of the July 2021 proposals in domestic and international law. Both Applicants seek this advisory judgement prior to the publication of any such Bill to ensure that the parliamentary debate following the introduction of the Bill will be properly informed.

The Applicants seek declarations from the High Court in Belfast that the purpose of the legacy proposals is unconstitutional, unlawful, in contravention of the Ireland/Northern Ireland Protocol and the British Government’s international obligations under Articles 2 & 3 of the European Convention of Human Rights. They also seek a declaration from the court that the proposals represent interference with the independent functioning of the judiciary in Northern Ireland.

They seek declarations from the High Court in Belfast that any legislative provision which purports to introduce an amnesty protecting all those suspected of an offence during the “Troubles” from criminal investigation and prosecution would be so fundamentally unconstitutional that it could not lawfully be enacted by Parliament or given effect by the courts and would be in contravention of domestic and international law.

They also seek declaration from the court that any legislative provision which purports to prohibit further civil claims or inquests, or any other court proceedings, or to take steps to terminate such proceedings which are pending before the courts, on the basis that they relate to incidents during the “Troubles”, would be such a fundamentally unconstitutional interference in the role and function of the judiciary that it could not lawfully be enacted by Parliament or given effect by the Courts.

“I have said before and I repeat that we have to take this challenge to these proposals regarding legacy cases because we have every faith that our courts in Northern Ireland will protect the rule of law.”

“We can only hope that our Court of Appeal in Northern Ireland will not let us be treated as second class citizens.”

“We are confident that the Court of Appeal in Northern Ireland will welcome the opportunity to provide an advisory judgement on the lawfulness and constitutionality of these proposals and their purpose.”