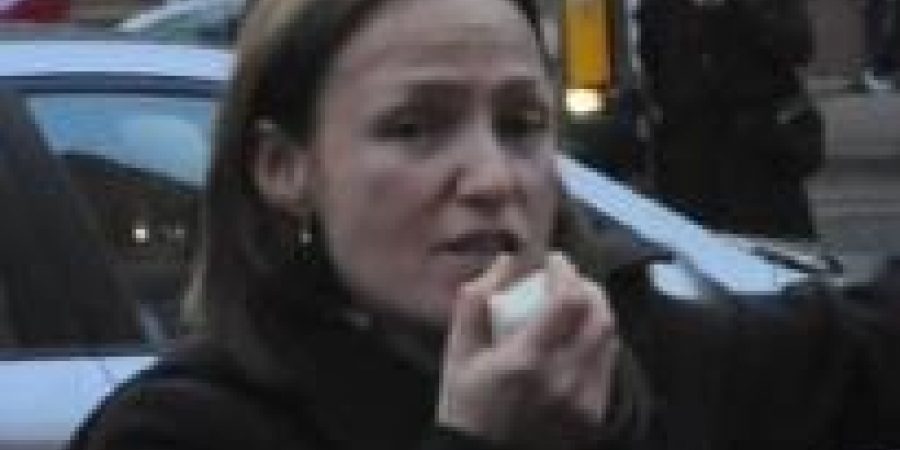 Harte Coyle Collins, Solicitors & Solicitor Advocates represent trade unionist, socialist and immigration lawyer Barbara Muldoon. Ms Muldoon, an anti-racism campaigner, faces criminal charges for taking part in an ANR protest in 2009. Campaigners say the charges are an attack on the right to peaceful protest in Northern Ireland and urge the Director of Public Prosecution to drop them immediately.  A range of groups and individuals, including well known human rights advocates, trade union leaders, academics and campaigners are calling on the Director of the Public Prosecution Service to withdraw a criminal charge against anti-racism campaigner Barbara Muldoon for her involvement at a protest which took place in Belfast on 22 October 2009.

The alleged offence took place when Barbara participated in a protest against the BNP appearing on BBC’s Question Time. The protest in Belfast was attended by over 200 anti-racism campaigners consisting of trade unionists, community activists, socialists and people from a Black and minority ethnic background. The police acknowledge that the protest was entirely static and lawful and that a group of BNP supporters turned up to counter protest. Police notebooks confirm that the BNP supporters had their faces covered and they were involved in shouting at the anti-racism protesters, forcing the PSNI to form a line between the two groups.

Witnesses in the case state that the BNP supporters gave Nazi salutes and hurled racist abuse at those on the demonstration and that the police refused to intervene. Witnesses also state that at the end of the protest police advised Barbara that the safest way to deal with the winding up of the demonstration was for the anti-racism protesters to make their way to the City Hall and disperse from there while they ensured that the BNP supporters remained behind. However, as soon as the protesters began to move to City Hall the police stated that they were taking part in an unlawful procession. At this point Ms Muldoon was arrested. The rest of the protesters made their way to the City Hall without any difficulties or incident.

Almost 2 years later Ms Muldoon received a summons stating that she was to appear before the Magistrate’s Court in Belfast charged with the offence of taking part in an unlawful procession under section 6 of the Public Processions (NI) Act 1998. Similar charges were brought against Peter Bunting, the Assistant General Secretary of the Irish Congress of Trade Unions who had also been present on the protest. However his case has been dismissed. Peter Bunting waited for over three years for his case to be resolved.

Ms Muldoon and her lawyers have now asked the Director of the Public Prosecution Service to review the decision to prosecute her in light of the outcome of the case against Peter Bunting. They were particularly confident the charges will be reconsidered in light of the criticism that has been levelled at the police and PPS in recent months in relation to the very small number of prosecutions of flags protesters. Patricia Coyle, of Harte Coyle Collins, acting for Ms Muldoon has raised concerns that there is clearly a lack of guidance and consistency in relation to the policing of protests in NI. She stated:

“The public interest test in this case must take into account the failure of the PSNI to produce effective and consistent guidance which can be applied on the ground on a uniform basis.  In the circumstances we have asked the Director of the Public Prosecution Service to reconsider the prosecution against my client.”

Ms Coyle has also expressed her concerns at the wider implications of the prosecution of Ms Muldoon, stating “the right to freedom of expression of her political beliefs is protected by the European Convention of Human Rights.”   However, at the Court on 19 April 2013, the PPS confirmed that they were intending to proceed with the case against Barbara and that they were confident they could secure her conviction. Ms Muldoon’s lawyers now intend to ask the Magistrates Court to hear an Abuse of Process application to stay the prosecution in the case on the 10th May 2013.

A campaign has now been set up calling for the case against Barbara Muldoon to be dismissed. Those supporting the campaign are concerned that the prosecution of Ms Muldoon represents a much more general attack on the ability of people in Northern Ireland to exercise their right to peaceful protest. They say that the police and the Public Prosecution Service are misusing legislation that was introduced for the purpose of regulating contentious communal parades. They are concerned that the prosecution of Ms Muldoon criminalises non-contentious protests that in fact bring together whole sections of the Northern Ireland population on a wide range of progressive issues.

Neither Ms Muldoon, nor anybody else in attendance at the protest in 2009, was involved in any public order issues or offences of any kind. Instead she has been charged with a single offence under section 6 of the Public Processions Act 1998. The alleged offence is related to purely administrative requirements that any procession that takes place in Northern Ireland must be notified and approved by the NI Parades Commission in order to be lawful. It is not alleged that there was any contentious element to the protest of the type that the Parades Commission was specifically set up to deal with. In this context, the campaigners are concerned that the prosecution of Barbara Muldoon under the 1998 Act effectively represents a ‘net widening’ of police powers in respect of peaceful protest. An online petition launched by the campaigners on the 30 April 2013 had gathered nearly 400 signatures in its first day. Campaigners attended outside the Court on the morning of 3 May 2013 in support of Ms Muldoon.  The Committee for the Administration of Justice is particularly interested in any possible implications this case may have in relation to the right to freedom of assembly. They will have observers in court for future hearings.

One of those supporting the campaign is Flair Campbell, a member of the West Against Racism Network. Earlier today he stated: “This case impacts on people’s right to peaceful protest – be it in the context of the demonstration that took place in 2009, current austerity measures, welfare reform, at the upcoming G8 summit or to highlight other issues of social importance in the future”.

Ms Muldoon has worked as an Immigration Law Practitioner in P Drinan Solicitors for over a decade.  She is currently completing her qualification as a solicitor. She has a clean criminal record and has never been before the court previously, except in a professional capacity.