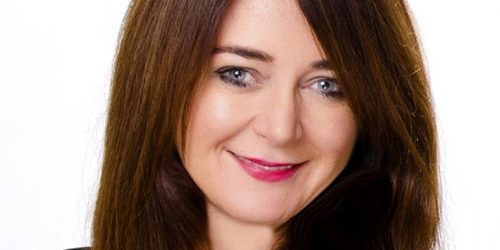 Patricia Coyle solicitor of Harte Coyle Collins, Solicitors & Advocates, confirmed today that an application challenging the safety of murder conviction for client John McDevitt was submitted to the Criminal Cases Review Commission last month in January 2019. Mr McDevitt was convicted of the murder of Private Neil Clark by a Diplock Court in 1986.  Private Clark was killed on the Easter Monday 23rd April 1984 by a single gunshot wound to the head after exiting a land-rover which had been set on fire with a petrol bomb at Bishop Street, Derry during an incident in which  20 to 30 shots fired.  Two other soldiers sustained gunshot wounds.

Mr McDevitt was arrested at 7am on the 2nd May 1984 some 2 weeks after the shooting incident.  He was detained in Castlereagh Police Holding Centre for 5 days and subjected to a rigorous schedule of 23 interviews.  He was arrested with 7 other persons who were also prosecuted for various offences including murder, arson, making and possession of petrol bombs, wounding with intent and possession of firearms with intent.  Mr McDevitt was the only defendant in the trial to maintain not guilty pleas in respect of all charges against him.  The sole basis for the prosecution against Mr McDevitt was 4 alleged confession statements he had signed while in Castlereagh police Holding Centre.  Mr McDevitt alleged at the time of his trial and continues to allege that the false confessions were coerced as a result of the oppressive interview circumstances and the threats and ill treatment he suffered while in police custody.

Mr McDevitt gave evidence in his own defence before a Diplock judge at the trial in 1986.  He was convicted on all counts.  He lodged an appeal against conviction to the Court of Criminal Appeal in 1987 on all counts.  The appeal was dismissed.  He previously applied to the CCRC in 2002.  That application resulted in the CCRC unearthing evidence to support his account that a sub-machine gun was produced at interview while in Castlereagh thereby confirming his account at trial of one of the police interviews.  That account had been dismissed by the trial judge.  The CCRC were advised in 2004 that the police interviews were not recorded and that only police interview notes existed regarding what had occurred during the interviews in the Holding Centre.

“We have submitted a fresh application to the Criminal Cases Review Commission on behalf of our client challenging the safety of the convictions dating from 1986, including in particular the murder conviction in relation to Private Neil Clarke.  This fresh application is based on new information which has only entered the public domain in the past 4 years regarding covert recording of police interviews by the Security Service/MI5 in Police Holding Centers.  As a result of that new information we are also now asking that the Commission consider ESDA testing the original police interview notes and alleged confession statements to check their authenticity.  Thirdly we are also asking that the Commission review the character of the police interviewing witnesses on the basis that some may have been discredited in other miscarriage of justice cases which have come to light in the past 10 years in which convictions were quashed as a result of oppressive police interview techniques.  We will continue to support our client in his campaign to establish his innocence.”

“I was 19 years old when I was arrested from my home in Derry in the early hours of 2nd May 1984 under section 12 of the Prevention of Terrorism Act. I had never been arrested before and was taken directly to Castlereagh interrogation center in Belfast. The environment I had entered was both hostile and intimidating. During the initial interrogations I was denied access to a solicitor for legal advice, which left me feeling totally alone & vulnerable.

From the outset of these interrogations I was accused, among other things of driving gunmen to and from the scene of a murder in April of that year.  Such was the setup of Castlereagh and the conditions that it left me totally disorientated. The detectives who questioned me operated in relays of two, threatening me with physical assault (words not repeatable). These detectives were relentless in their accusations of me driving gunmen and were intent on getting a statement to that effect.

On one occasion, one of the detectives left the room and returned a short time later carrying a sub machine gun. He said that this gun was used in the shooting and was in my car. At my trial and as part of my defence I explained this in court. There was also supporting notes from two and a half years previous, which had been given to my then solicitor. During his summing up the trial judge totally dismissed this as an invention in order to save myself and that such a gun would not have existed in Castlereagh nor did he believe that an experienced detective would do such a thing. 20 years later my solicitor, Patricia Coyle of Harte Coyle Collins as a result of inquiries with the CCRC was able to ascertain that such a gun did exist and was indeed in Castlereagh at the time of my detention.  This gave full credibility to my account during my trial.

During the interrogations I denied any involvement in driving gunmen, however among the verbal threats of physical violence they kept saying that it would make no difference whatsoever if I admitted to doing so and that I would get bail and likely a suspended sentence.  These detectives were intent on getting an admission and were not stopping until they did so.  After almost 4 days of intense interrogations I felt exhausted and just wanted out of Castlereagh. Reluctantly and with their assistance I made a false statement to driving gunmen to and from the scene of the murder on 23rd April 1984. As a result of this false, forced and uncorroborated confession I spent almost 12 years in prison.

My solicitor has now submitted a fresh application to the CCRC based on new evidence and information.  I will not rest until I have cleared my name.”