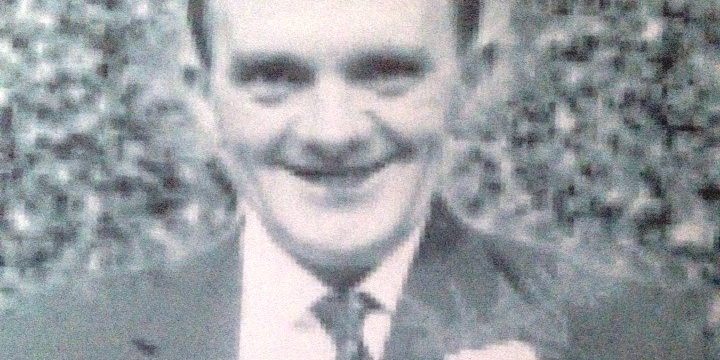 The son and daughter of William (Billy) Norman Smyth have lodged an application for a fresh inquest into the murder of their father who was shot dead on his doorstep on the 24th October 1978 at Ballynure Street, Belfast.  The siblings maintain that their father was murdered by a covert black operations army unit which was hidden for a number of days in the attic of a nearby derelict house.  No one has ever been prosecuted for the murder of Billy Smyth.

Billy Smyth was shot dead at close range on the doorstep of his family home after returning from work in a local social club.  The gunman was identified as wearing blue jeans and a lumber style jacket.  It has been confirmed that a British army unit was secreted in the immediate vicinity of the shooting in the early hours of the morning after the shooting.  A civilian witness who owned a house near the Smyth family home found British soldiers in the attic of the property.  No reason has ever been provided as to why British soldiers were stationed in a house which had a plain view of Billy Smyth’s family home.  On discovery of the army unit, the RUC arrived to extract the army from the area.  During their exit civilian witnesses stated that they saw a lumber style jacket, such as that worn by the gunman, and sleeping bags.

Billy Smyth’s murder is described in Raymond Murray’s text “The SAS in Ireland” as one of 3 shoot to kill incidents which occurred in period from June to November 1978.  The other 2 incidents are the army ambush at the Ballysillian Post Office Deport on the 21st June 1978 (which resulted in the deaths of Messrs Mailey, Mulvenna and Brown) and the third incident, the killing of Patrick Duffy in Maureen Avenue, Derry on the 24th November 1978 by members of an army unit hidden in the attic of a house.  A fresh inquest was granted to the family of Mr Patrick Duffy by the previous Attorney General for Northern Ireland Mr John Larkin QC in 2019.

The children of Billy Smyth previously applied for a fresh inquest into his murder in 2018.  That first inquest application was refused by the Attorney General John Larkin QC in 2019.  Lawyers for the Smyth family had submitted detailed thematic submissions linking the murder of Billy Smyth to the 2 other state shoot to kill incidents in 1978.

The relatives have now renewed their application for a fresh inquest through their lawyers on the basis that new factual evidence and new legal arguments are now available.  The new factual evidence is in the form of civilian witness statements.  The new legal arguments arise from recently decided cases both by the Northern Ireland Court of Appeal and the Supreme Court in London.  The siblings are optimistic that the recently appointed Attorney General, Brenda King, will now consider the fresh evidence and legal arguments and grant an inquest into their father’s murder.

“On behalf of our clients we hope that the application for a fresh inquest is successful.  The links between the murder of Billy Smyth and other shoot to kill cases from the latter part of 1978 are clear.  The government policy of shoot to kill exercised during this period under the Secretary of State for Northern Ireland Roy Mason is already the subject of judicial scrutiny in other inquests dating from the 1980s.  We hope that our thematic submissions linking these 3 shoot to kill incidents will be given full consideration.  There is no reason we can see why the murder of Billy Smyth should not be examined as one of 3 shoot to kill incidents which occurred in 1978.  Our clients deserve an adequate state investigation and remain optimistic that the new Attorney General will review the materials thoroughly.”