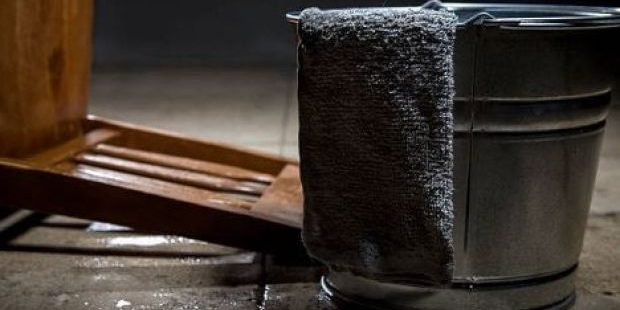 A second civil action in the High Court in Belfast involving allegations of torture, including waterboarding, by the British army at Blackmountain Barracks in 1972 issued against the Ministry of Defence and Chief Constable of the PSNI last week in January 2021.

The Plaintiff, who was arrested in Belfast by the army and detained at Blackmountain army barracks in Belfast for questioning, alleges that he was subjected to the torture technique of waterboarding by soldiers during what he described as in depth interrogation.

The Plaintiff was 17 years old at the time of the arrest.  He alleges he was targeted for arrest by the army and` subjected to the intensive interrogation and detained for over 6 hours hours without a solicitor or guardian present.  He alleges that he was subjected to waterboarding around 6 times during this period.

Contemporaneous evidence from 1972 regarding the use of waterboarding as an in depth interrogation technique in Northern Ireland, was recently unearthed as a result of the indefatigable work of Paul O Connor, Sara Duddy and Alan Brecknell of the human rights NGO, the Pat Finucane Centre.  The discovery of the documents resulted in the tracing of the alleged victims.  Those documents included a detailed statement of evidence from the mother of the second Plaintiff regarding the distress, trauma and consequences of the in depth interrogation of her 17 year old son.  The unearthing of the contemporaneous documents and the tracing of the second Plaintiff and one other victim by the Centre was covered in an extended Channel 4 news report.  The Pat Finucane Centre Report and the Channel 4 News Report are available on the following links;

This is the second allegation involving waterboarding by the army before the High Court in Belfast.  The allegations both involve the army base at Blackmoutain barracks in late 1972.  The other civil action involving the Plaintiff Liam Holden is currently listed for trial for the 1st June 2021 for a 2 to 3 week hearing.

The other case is that of Liam Holden who was arrested, charged and prosecuted in 1972 for the fatal shooting of Private Frank Bell, an 18 year old member of the 2nd Battalion of the Parachute Regiment.  Private Bell was shot on the 17th September 1972 on Springhill Avenue by single sniper shot.  He sustained a gunshot wound to the head and died 3 days later in the Royal Victoria Hospital.  Mr Holden was arrested 4 weeks later on the 16th October 1972 at his home in the Whiterock area of Belfast after midnight by the British army. No RUC police personnel were present at the arrest.

MR Holden was taken by the army to the Blackmountain army barracks site where he was detained illegally for over 6 hours.  During this military detention Mr Holden alleges that members of a special forces army interrogation unit subjected him to physical assault, hooding and the torture technique now globally known as waterboarding before driving him to the Glencairn area of Belfast and threatening to kill him at gunpoint, all with the purpose of coercing a false confession to the murder of Private Frank Bell.

While in Blackmountain Barracks Mr Holden made a false confession to a military Intelligence Officer and was then transferred to RUC custody at Castlereagh Holding Centre where he repeated the false confession to police officers.  He was remanded in custody, prosecuted and tried before a jury for the offences of capital murder and possession of a firearm and ammunition at Belfast City Commission from the 15th to the 19th April 1973.  He gave evidence to challenge the admissibility of the false confession which he told the court in evidence had been coerced by the use of the water torture and other techniques.  The confession was deemed admissible by the trial judge.  He gave evidence a second time during the trial challenging the truth of the confession and telling the jury of the in depth interrogation techniques.  He produced alibi witnesses attesting to his presence at a card game at the time of the shooting of Private Bell.

During the trial neither the Court, the defence team, nor the jury were advised of the existence of the Blue Card Rules in Northern Ireland at the time of Mr Holden’s arrest in October 1972.  The Blue Card Rules, introduced in May 1972, prohibited military detention for longer than 4 hours and for any purpose other than identification of the person in military custody.

Mr Holden was convicted by the jury.  On the 19th April 1973 he was sentenced to death by hanging for the offence of capital murder.  He was the last man in Northern Ireland to receive the death sentence.  He was detained in the Condemned Man cell at Crumlin Road jail for 4 weeks until the death penalty was commuted to a life sentence.  He served 17 years in jail and was subject to conditions for 23 years after release on life licence.

Mr Holden’s convictions were referred back to the NI Court of Criminal Appeal in 2009.  The Court quashed the wrongful convictions on the 21st June 2012.

The 2 Plaintiffs will now pursue the High Court claims involving allegations of the use of the waterboarding by the army and misconduct in public office by the members of the in army interrogation units involved.   Both litigants claim that they were targeted by the army for arrest.

Preparations by lawyers for the civil action of Mr Holden have uncovered an MOD Internal Security Operations Directive issued within the MOD and to government Ministers only on the 6th August 1972 which their lawyers believe may have been relied upon in conducting both arrests and interrogations.  The MOD Directive required the approval and authorisation of Cabinet Ministers in government in 1972 to carry out such targeted arrests and interrogations, circumventing the domestic law in place at the time in Northern Ireland.

“The identification of a second Plaintiff who makes similar allegations against the British army involving the use of waterboarding at the same venue and around the same time in 1972 indicates that there may be a pattern of the use of this technique for in depth interrogation.  There may also be a pattern of the use by the MOD of the 6th August Directive to target, arrest and subject young men to depth interrogation with the possible prior authorisation of government Ministers at Westminster at the time.

It will be open to the High Court in Belfast, on hearing the evidence of both Mr Holden and the second Plaintiff at the civil trial now fixed for 1st June 2021, to conclude whether it is more likely than not that waterboarding took place in both instances.  Both my clients welcome the opportunity to present their case to the court.”

Harte Coyle Collins, Solicitors & Advocates, extend their thanks to Paul O Connor, Sara Duddy and Alan Brecknell of the Pat Finucane Centre for their assistance.