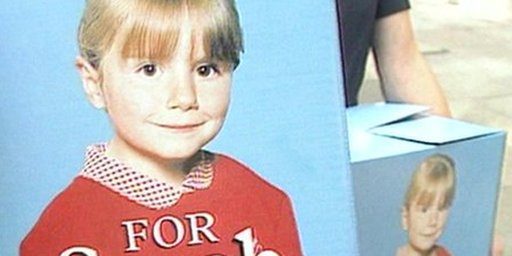 Nichola Harte of Harte Coyle Collins has been retained to defend Mr Joe McCloskey in an appeal to the Court of Appeal against an award of damages made by a High Court Judge in 2015.  Mr McCloskey operated a Facebook page titled “Keeping our Kids Safe from Predators”.  CG, a convicted sex offender who had been sentenced in 2007 to 10 years imprisonment for a number of sex offences,applied to the High Court in early 2015 for an injunction and damages for alleged misuse of private information and breach of the Data Protection Act 1998.

Mr McCloskey had used the Facebook page “Keeping our Kids Safe from Predators” to post 3 separate series of postings in relation to CG.  Mr McCloskey provided evidence to the High Court that he used his Facebook page as a way to name and shame sex offenders, provide emotional support for the victims of sex offences and set up a database of all known sex offenders in Northern Ireland.  The information posted by Mr McCloskey to his Facebook page in respect of CG was information published in Northern Ireland at the time of the conviction in 2007.  CG objected to the posting of this previously public information on social media 7 years after the original publication in 2007.  In awarding damages against Mr McCloskey and Facebook on the 20th February 2015,  Mr Justice Stephens considered the competing interests of “disclosure of despicable criminal conduct” and Mr McCloskey’s right to freedom of expression regarding previously public information.  Mr Justice Stephens granted an injunction specific to CG in relation to the website and awarded damages of £7,500 against Mr McCloskey and £12,500 against Facebook, a total of £20,000.

Harte Coyle Collins has lodged an appeal against the High Court decision to the Court of Appeal.  The appeal highlights the balancing exercise required in modern society of the right to be forgotten versus the right to freedom of expression and the right of parents to seek information regarding potential risks to children within their community.  The appeal takes place at a time in Northern Ireland when the Stormont Assembly is debating draft legislation to ratify Sarah’s Law for this jurisdiction.  Legislation known as “Sarah’s Law” came into force in England, Wales and Scotland but has yet to become law in Northern Ireland.  Sarah’s Law is the child sex offender disclosure scheme which allows parents, carers and guardians to formally ask the police to tell them if someone has a record for child sexual offences. The Home Office developed the scheme to protect children.

The scheme was developed in consultation with Sara Payne, whose eight-year-old daughter Sarah was murdered by a convicted sex offender.  Sarah, who lived in Hersham, Surrey, disappeared on the evening of 1st July 2000 from a cornfield near the home of her paternal grandparents, Terence and Lesley Payne, in Kingston Gorse, West Sussex.  Sarah was found on 17th July 2000 in a field near Pulborough, some 15 miles from Kingston Gorse where she had disappeared.  Roy Whiting was convicted of the abduction and murder of Sarah on 12th December 2001 and sentenced to life imprisonment.   Whiting had previously abducted and sexually assaulted an eight-year-old girl, who cannot be named for legal reasons, and was sentenced to four years in prison.Ms Payne campaigned in support of bringing in a scheme similar to Megan’s Law in the US, which allows every parent in the country to know if dangerous offenders are living in their area.  Legislation was enacted in England, Wales and Scotland.  A total of 708 disclosures of convicted sex offenders have been made across England and Wales, and Scotland, since powers under Sarah’s Law were rolled out. Equivalent legislation has yet to be enacted in Northern Ireland but is currently being debated by the Assembly.  The award of damages against Mr McCloskey and Facebook in February 2015 pre-dates the enactment of equivalent legislation.