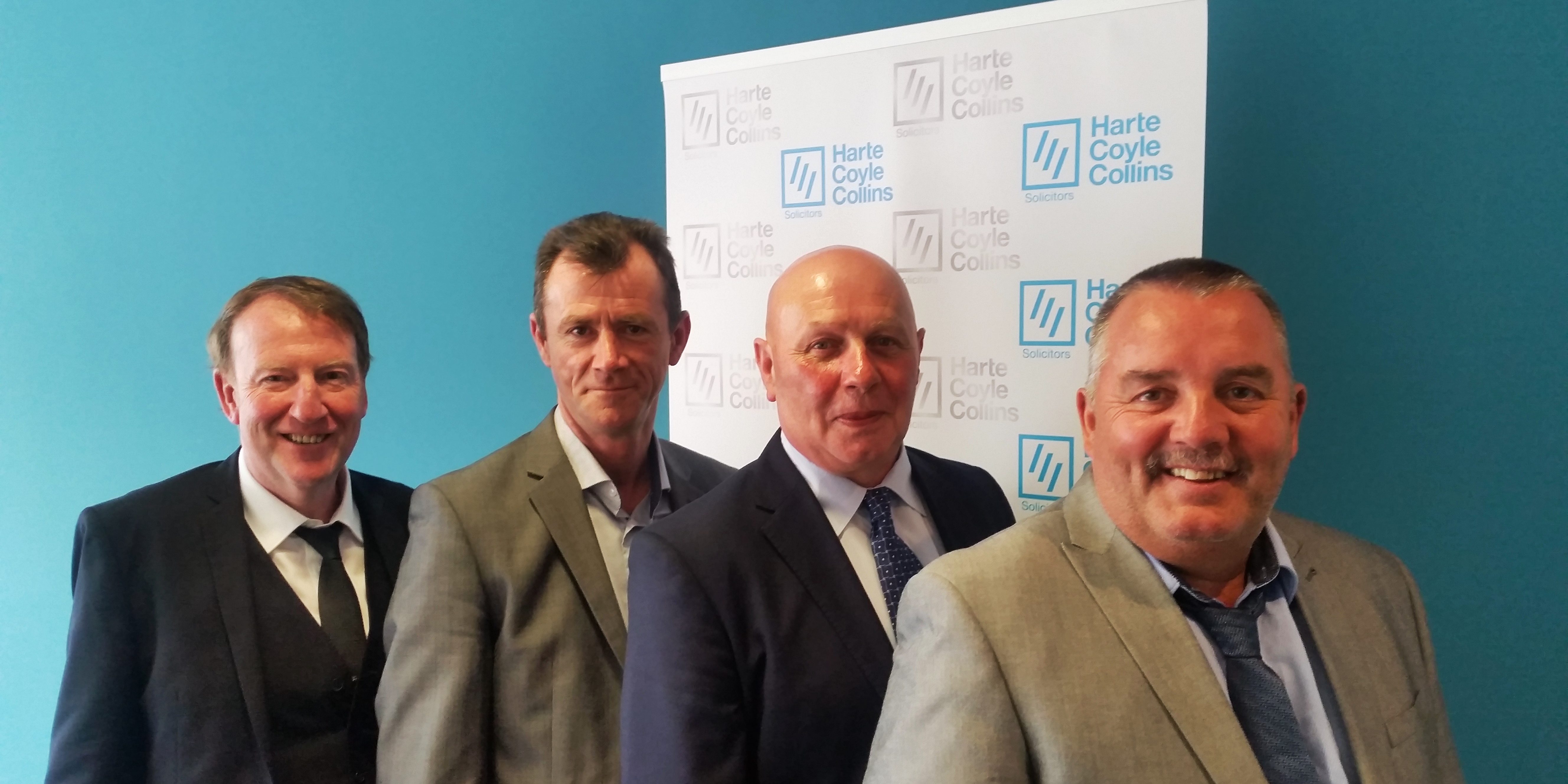 Stephen Crumlish, Gerry McGowan, Gerry Kelly and Michael Toner,  all from Circular Road in the Creggan area of Derry, were arrested between the 26th and 28th February in 1979.  At the time of their arrests 2 were 17 years of age, and 2 were 18 years old.  They were detained in Strand Road Police Holding Centre for up to 3 days.  During that detention period they had no access to lawyers, legal advice, parents or family members.

All 4 allege they were wrongfully arrested and subjected to physical and verbal ill treatment by the RUC interviewing officers during a rigorous schedule of interviews designed to sap their respective wills.

While in police detention in these oppressive circumstances, all 4 young men signed false confessions in relation to the murder of Lt Stephen Kirby on the 14th February 1979 at Wapping Lane at the bottom of Abercorn Road, Derry.  They also signed false confessions in relation to 4 knee-capping incidents in Derry for which no other persons had been charged or prosecuted.

All 4 young men were entirely innocent of all these offences.

On the sole basis of the false confession evidence obtained in these oppressive circumstances they were charged to court and remanded in custody to Crumlin Road jail.  They remained in custody for up to 6 weeks until granted bail by the High Court in Belfast.  They were then subject to onerous bail conditions for over a year including reporting to police on a daily basis and curfews.  The trial against them commenced at Belfast Crown Court on the 13th October 1980.

At the time of their prosecution enormous efforts were made on their behalf by their families, friends, community activists, local priests and politicians and the people of Derry to stop the false prosecution against them.  All 4 clients complied with a lie detector test arranged by Mr Toner’s father with a US expert.  All 4 passed the test.  the results were submitted to the Director of Public Prosecutions in Northern Ireland together with a large volume of letters from local clergy and politicians including Bishop Edward Daly who had conducted his own grass roots inquiry.  Despite these efforts the prosecution continued.

The trial commenced at Belfast Crown Court on the 13th October 1980.  During the course of the trial they were, unusually, admitted to bail.  After 2 days of the trial, the Derry 4, as they had then become known, received advice that in light of the Diplock Court system with Judges sitting alone, their defence was futile.  At the ages of 18 and 19 all 4 left Derry for the Republic and a life in exile.  The following day on the 15th October 1980 Belfast Crown Court issued Bench Warrants for their arrest on sight.  For the next 20 years they lived their lives under the shadow of the most grave false allegation with active Bench Warrants from a court in Belfast hanging over their heads.

In 1996, through the efforts of his brothers Gerard and Eamonn, I met with Michael Toner in Buncrana in Donegal.  My memory of that meeting is crystal clear.  Michael Toner, as was the case with all 4 of my clients, was so traumatised by the events in Strand Road 17 years previously that he could barely discuss the detail.  I took instructions from Michael and the other clients and over the coming months made representations to the Director of Public Prosecutions.  In December 1998 the Director of Public Prosecutions confirmed in writing that he did not intend to offer any evidence on any charge against any of my 4 clients.

On the 21st December 1998 Stephen Crumlish, Gerry McGowan, Gerry Kelly and Michael Toner were found not guilty of all offences, including the murder of Lt Stephen Kirby, on the  direction of the Lord Chief Justice Robert Carswell at the Royal Courts of Justice, Belfast.  That acquittal was followed in 1999 by a further direction by the Director of the Public Prosecution Service that there would be no prosecution for the alleged breach of bail in leaving Northern Ireland in 1980 for the Republic.

The 1998 directed acquittals simply confirmed without doubt the innocence of my clients.  What they did not have however was the truth about how this miscarriage of justice had occurred.  They have now spent a further 20 years searching for that truth.

In 2000 we issued Writs in the High Court in Belfast against the Chief Constable for wrongful arrest, false imprisonment,  assault and battery,  trespass to the person and malicious prosecution on behalf of all 4 clients.

In 2003 Paul O Connor and Sara Duddy of the Pat Finucane Centre lodged complaints to the Office of the Police Ombudsman in Northern Ireland on behalf of all 4 clients.  Paul will deal with the outcome of those complaints which included the commissioning of expert linguistic evidence which supported our mutual clients’ complaints.

In the civil proceedings we relentlessly pursued the factual information surrounding the original police investigation.  In pursuit of that information we lodged Specific Discovery Requests with the court against not only the Chief Constable but also the DPP/PPS, the Department of Justice, the Northern Ireland Office,  the Security Service/M15 and the Garda Commissioner.

The discovery process in these cases involved over 21 court reviews before a Judge in the High Court.  During one of these hearings in September 2106 we were advised that all the police interview notes in relation to the 3 of the clients were missing.  In April 2018 we obtained a Court Order directing the Chief Constable to comply with our discovery requests.  In May 2018 we received several volumes of discovery materials.  Those documents gave us some but not all of the truth in this case.

What those documents told us was that;

We are here today because the outcome of the civil action is an out of Court settlement to each of my clients by the Chief Constable.  This settlement comes with no acceptance of liability on the part of the police.  But my clients refused to accept a confidentiality condition as part of this settlement.  Whatever the Chief Constable’s position on responsibility, my clients are free to discuss the content of the documents provided to them throughout the civil proceedings and the discovery process and the reasonable inferences and conclusions that they can now draw from those documents.  While some questions remain unanswered the payment of a significant sum of compensation to each of these gentlemen by the Chief Constable is a final vindication and correction of the public record.

As their lawyer I would like to take this opportunity to commend my clients for their collective tenacity in pursuing and establishing their innocence in a justice system which was weighted against them,  and to their families,  friends and campaigners for their unwavering support.