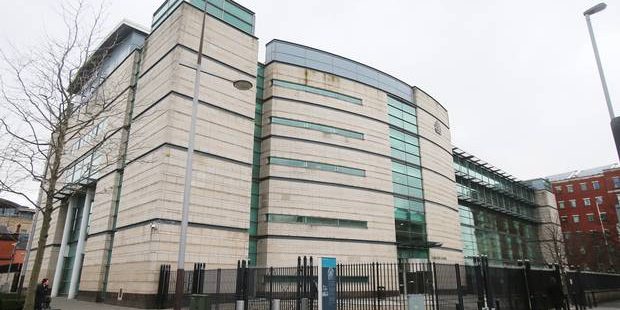 A print and print fragments were lifted from the vehicle after the shooting of Daniel Joseph Carson in the Shankill area of Belfast in November 1973.

But, because they were not directly linked to the murder, they were discarded in line with police policy.

Coroner Mr Justice Adrian Colton told a preliminary inquest hearing at Laganside Court: “Unless linked to a murder at the time, the file would not be kept.”

Mr Carson, from Brooke Drive in Dunmurry, Co Antrim, was shot as he left work at a hardware merchants in the Shankill area of Belfast in November 1973.

According to papers from now the defunct Historical Enquiries Team (HET) a car had been stolen a short distance away in the Agnes Street area and was recovered three days later at Aberdeen Street.

It was examined by scenes of crime officers but records were not retained.

The court also heard that a police sergeant spoke to a young boy who claimed the gunmen fled towards Boundary Way where they got into a car and were driven off in an unknown direction.

No other witnesses referred to a motor vehicle, it was claimed.

Barrister Sean Doran QC, counsel for the coroner, said: ” There was no direct linkage made at the time of the investigation.

“Because of that, in the interim period, all records relating to the fingerprint have been destroyed.”

The lawyer said recent correspondence from the Crown Solicitors’ Office confirmed no records were available.

Karen Quinlivan QC, representing the next of kin, called for a police representative to explain why the file was destroyed; if the suspects’ fingerprints were ever taken and what searches were carried out to try and locate the relevant files.

She said: “It is an issue we cannot bottom out in so far as locating the fingerprints but we are anxious to pursue in terms of the search perspective.”

Earlier, there were calls for the Ministry of Defence (MoD) and Police Service of Northern Ireland (PSNI) to put forward a representative to give evidence on disclosure during a pre-inquest hearing..

Judge Colton said he was “sympathetic” to the idea which could prevent potentially embarrassing errors where evidence is produced at the eleventh hour.

He said: “Recent experience shows relevant material has been produced in the middle of an inquest.

“It is in the interests of the MoD and PSNI not to be embarrassed by having to say, in the middle of things or shortly before, ‘look we have some of this material’.”

Meanwhile, it also emerged that a soldier, known as M2, who was on the scene minutes after the shooting, has been traced and is willing to give evidence.

Efforts to track down another former Lance Corporal, M3, have so far proved fruitless while a third serviceman, M1 is dead.

Three police witnesses are also dead but six retired officers have been traced and are in the jurisdiction, according to barrister Peter Coll, representing the PSNI and MoD.

“Any public servant would be expected to come forward and give whatever evidence they can,” said Judge Colton.

A full inquest has been listed for next February with a further review hearing scheduled for September.