You are here:
Medical Negligence 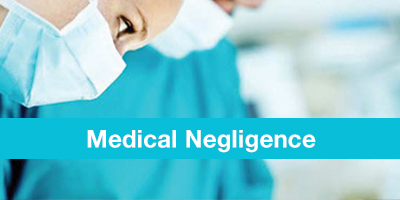 7th March 2011; A young Strabane woman has today at the High Court in Belfast received a substantial six figure medical negligence settlement against the Western Health and Social Care Trust following their admission that their failure to have in place a policy to diagnose and treat a molar pregnancy led to her having an emergency hysterectomy.

Mrs Joanne Connolly was aged 27 at the time and had recently married.  She worked as a Radiographer at Altnagelvin Hospital.  She attended the Casualty Department on the 16th May 2002 following concerns about her first pregnancy.  Despite subsequent attendances the diagnosis of a molar pregnancy was not immediately established and the absence in the hospital of a management policy for the condition led to a delay in treating the life threatening condition and an avoidable hysterectomy on the 16th June 2002.

A medical expert retained by Harte Coyle Collins, Solicitors & Solicitor Advocates,  criticized the patient management for Mrs Connolly at Altnagelvin Hospital stating that “their failure to chase histology confirming or denying a molar pregnancy is substandard care.  If the histology had been correctly identified then consultation and advice could have been obtained from the Reference Centre at Charring Cross Hospital as to how to proceed.  This would probably have avoided the subsequent events leading to the hysterectomy”

“After a nine year battle I continue to feel let down by my initial treatment at Altnagelvin Hospital and the subsequent way in which the Trust conducted the legal proceedings.  i regard the settlement as a clear acknowledgement of failings on the part of the Hospital and doctors involved. Although no amount of money can compensate for what happened to me, depriving me of the ability to ever have my own children, I hope that following my case a policy is now in place so that that no one else has to suffer as I have done'”