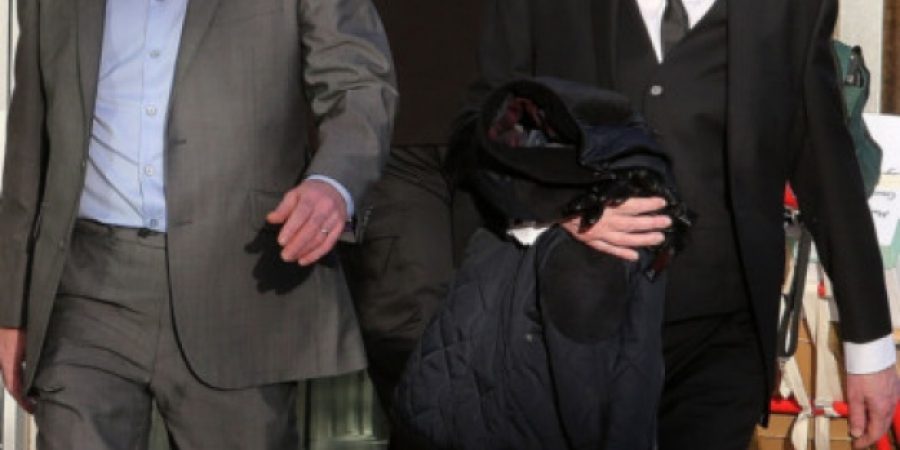 19th December 2014; Harte Coyle Collins, Solicitors & Solicitor Advocates, act on behalf of Mr Gerry McGowan.  Mr McGowan was the victim and Complainant in respect of the only legacy prosecution before the Northern Ireland courts arising from police conduct in the 1970s.  Mr McGowan was informed at a consultation with the Public Prosecution Service on Thursday 18th December 2014 that the PPS intended to offer no evidence against 2 retired RUC officers who were alleged to have perverted the course of justice by coercing false confessions during a 1979 RUC investigation into the murder of Lt Stephen Kirby in Derry.  The trial in the case had been fixed for February 2015 in Belfast Crown Court.

In response to the decision by the PPS to collapse the prosecution Mr McGowan said today;

“I was prosecuted in 1979 for the murder of a soldier in Derry.  Myself, Michael Toner, Stephen Crumlish and Gerry Kelly were all innocent of this offence.  The prosecution case relied upon false confession evidence obtained by the police at Strand Road Holding Center where we were detained without access to legal advice or a guardian and subjected to ill treatment and threats.  All 4 of us were acquitted at Belfast High Court before a Diplock Court in 1998 when the Director of Public Prosecutions offered no evidence in that case.

The trial was due to be heard in Derry but was initially transferred to Antrim by the Court.  Last week, following representations by my lawyers to the court, the case was transferred from Antrim to Belfast.  The jury trial was fixed to start in February 2015.

Yesterday I, with my lawyer and staff from the Pat Finucane Centre , met with the Director of Public Prosecutions and members of the office of the Police Ombudsman.  I was advised that the PPS are no longer proceeding with the prosecutions.  It is my view that this case should have proceeded to trial and been decided by a jury.  I was looking forward to the prosecution evidence being outlined in court and to having the opportunity to explain to a jury what happened to the 4 of us as teenagers in Strand Road Holding Center in 1979.  I believe that the civilian witness evidence in a case which stretches back 35 years should have been left to a jury to deliberate and decide upon.  This is the normal practice in prosecutions involving historical allegations.  I have been advised by the PPS that in addition to the civilian witness evidence, these prosecutions also relied upon expert linguistic evidence which undermined the false confession statements obtained in 1979.

I am disappointed and concerned about both the timing and manner in which the PPS have come to this decision.   I have significant questions and concerns about the timing of this decision to collapse the only prosecution arising from police conduct in the 1970s in Northern Ireland.

The only consolation I took from the meeting with the Director of the Public Prosecution Service was the comment from the Director that he would not have prosecuted the 4 of us on the basis of the statements that were used for the prosecution in 1979.

Our lawyers will now be seeking access to all documentation held by both the PPS and the Police Ombudsman in relation to this prosecution.  I will be seeking legal advice once those documents are made available.”

The situation developed further on the 19th December 2014 when the PPS advised that they had requested that the PSNI investigate the Office of the Police Ombudsman for Northern Ireland in relation to the reasons for the collapse of the prosecution.  In response to this development the Derry 4 issued a further press statement confirming that they would not co-operate with the PSNI investigation into the OPONI handling of the complaint which formed the basis for the report to the PPS.  Mr McGowan maintains his position that the prosecutions should have proceeded to a jury trial for a decision on the evidence.