Does Your Partner Have a History of Domestic Violence? The Right to Ask Introduced in Northern Ireland 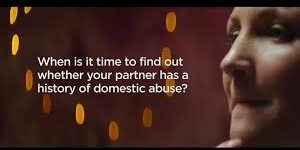 ‘’Have they done this before?’’

Clare’s Law was first introduced in England and Wales in 2014 and Scotland in 2016, and a similar initiative has now been established in Northern Ireland in 2018. Named after Clare Wood who was murdered by her violent partner in 2009, the Department of Justice have launched the ‘Domestic Violence and Abuse Disclosure Scheme’ in Northern Ireland to allow the public the ‘right to ask’ confidentially, if their partner has a history of domestic violence and whether a current partner represents a risk of violence. It also allows for third party friends and family members to ask should they be concerned.

Working in partnership with other bodies, DVADS will be delivered by the Public Protection Branch of the PSNI to safeguard potential victims of domestic violence and reduce the number of domestic incidents in Northern Ireland.

If you have been a victim of Domestic Abuse, or would like to discuss any matters relating to domestic violence, contact Paula Collins or Sinead Ingram of our Family & Children Law Department Harte today on 02890278227 to speak to one of our experienced team members.

Do Not Suffer Domestic Violence or Abuse in Silence – Know Your Rights – Applications for Non Molestation Orders to the Court
February 1, 2021

Paula Collins of Harte Coyle Collins acts for Child at Centre of Adoption Battle in Court of Appeal
October 9, 2015